This classic black and white tiny summerhouse is located in an area of holiday homes on the north coast of Zealand, Denmark’s largest island. The cottage is very snug with just 43 m2 (463 ft2) of inside floor space, but the two small bedrooms and a sleeping loft provide sleeping space for a family with a couple of young kids.

The combined living and dining room has a vaulted ceiling and is flooded with natural light. A folding window wall on the south side opens to the back deck, and there is another large window on the opposite wall. The fireplace in the corner should keep the cottage cozy on cold, rainy days, but there is also a mini-split heat pump if you don’t want to bother lighting a fire.

The two bedrooms and sleeping loft all open directly off the living area. The smaller bedroom is barely big enough to fit a single bed, and the loft is even tinier. The parents’ bedroom is bigger but long and narrow, so the bed has to be pushed up against the wall. 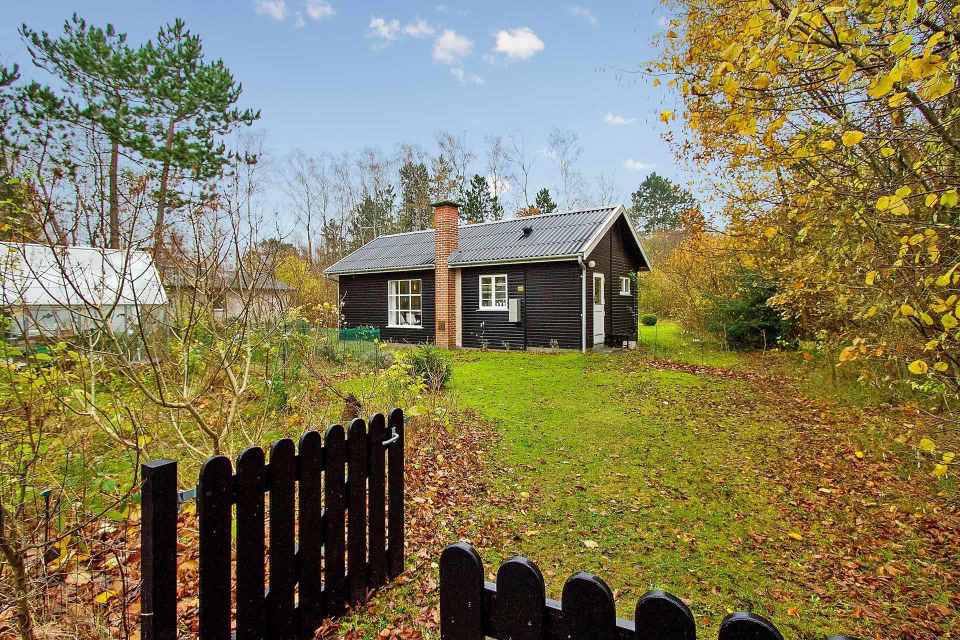 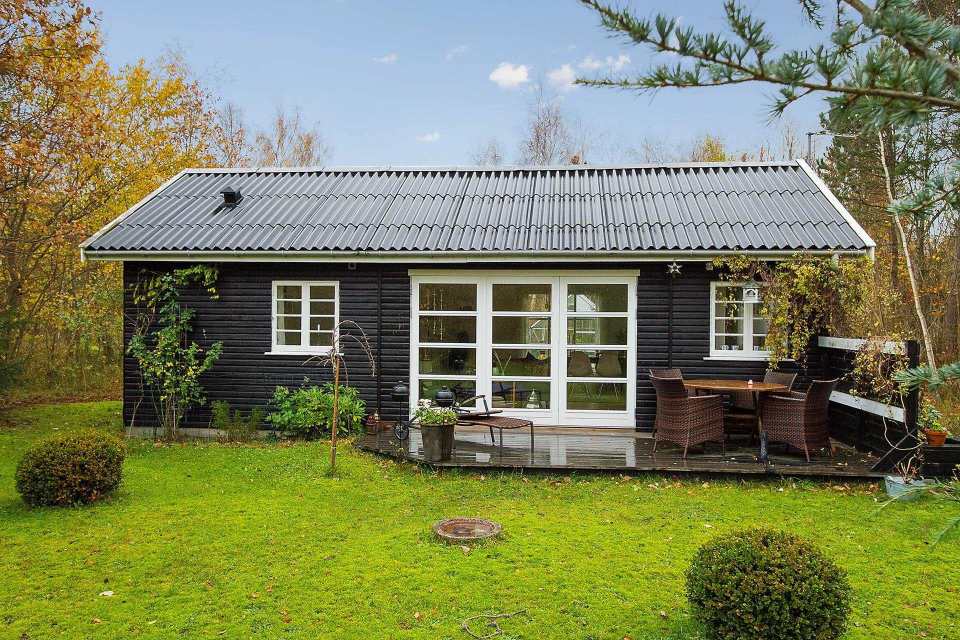 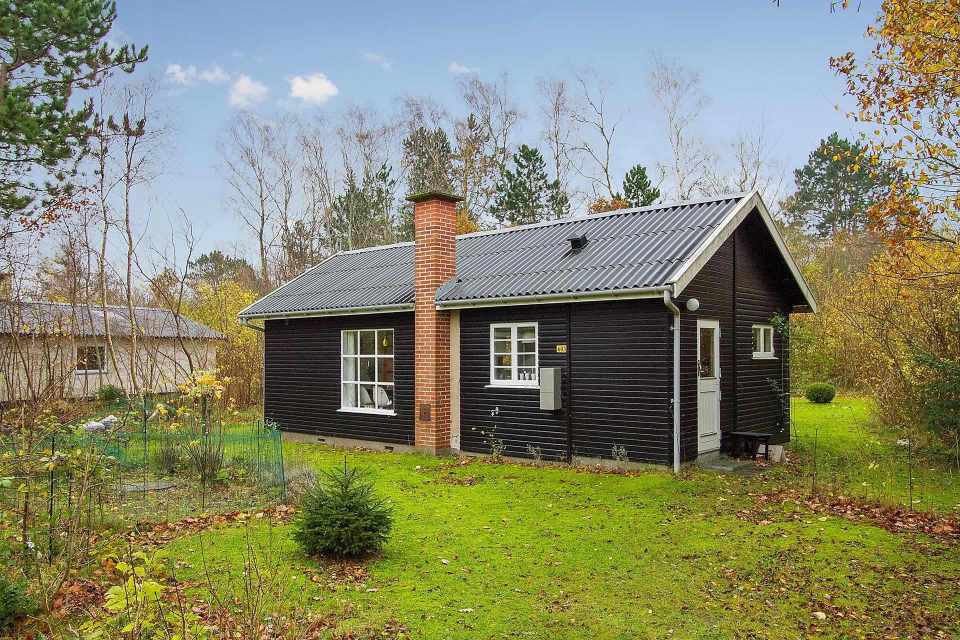 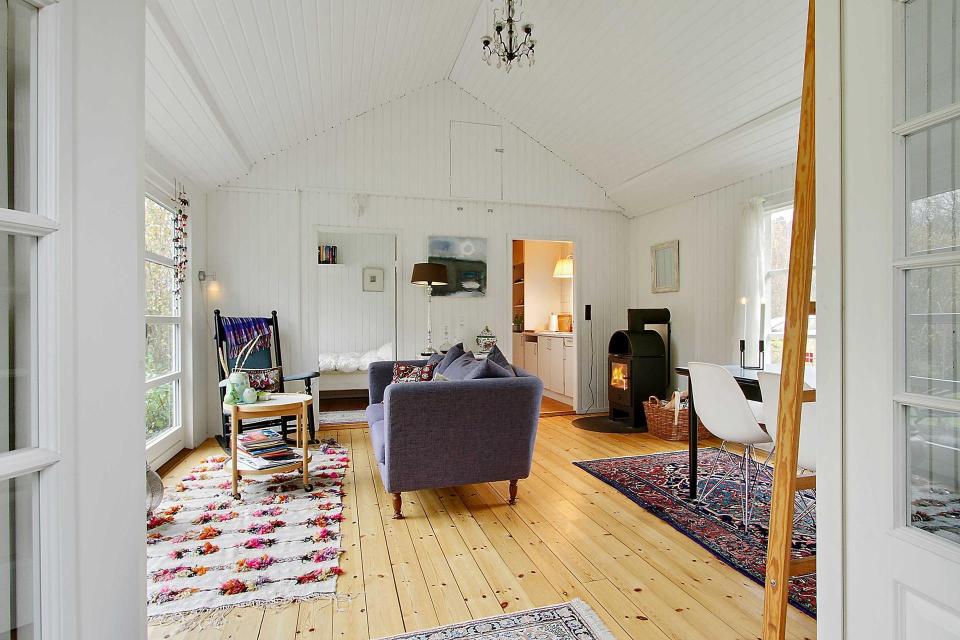 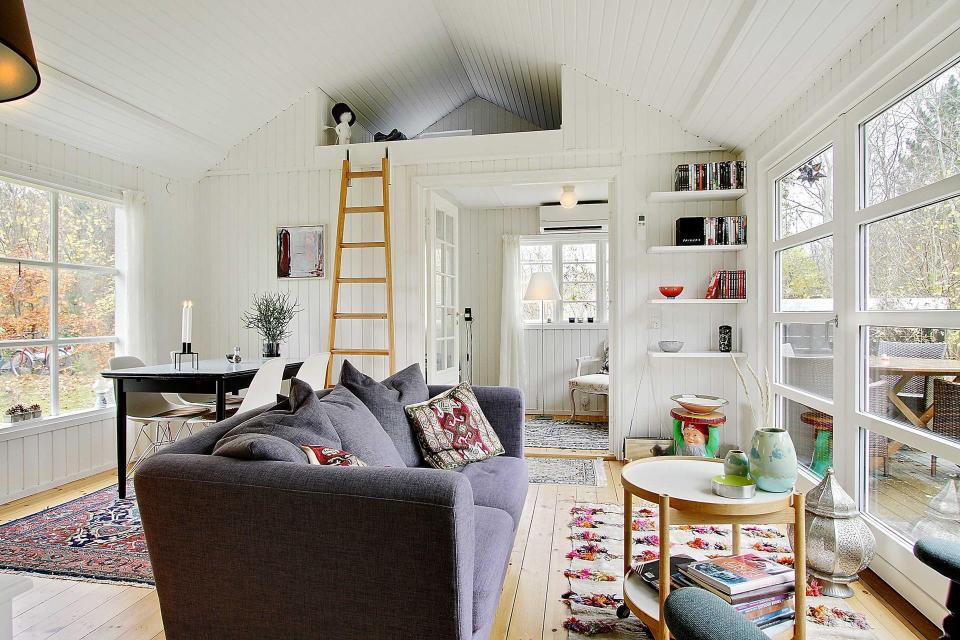 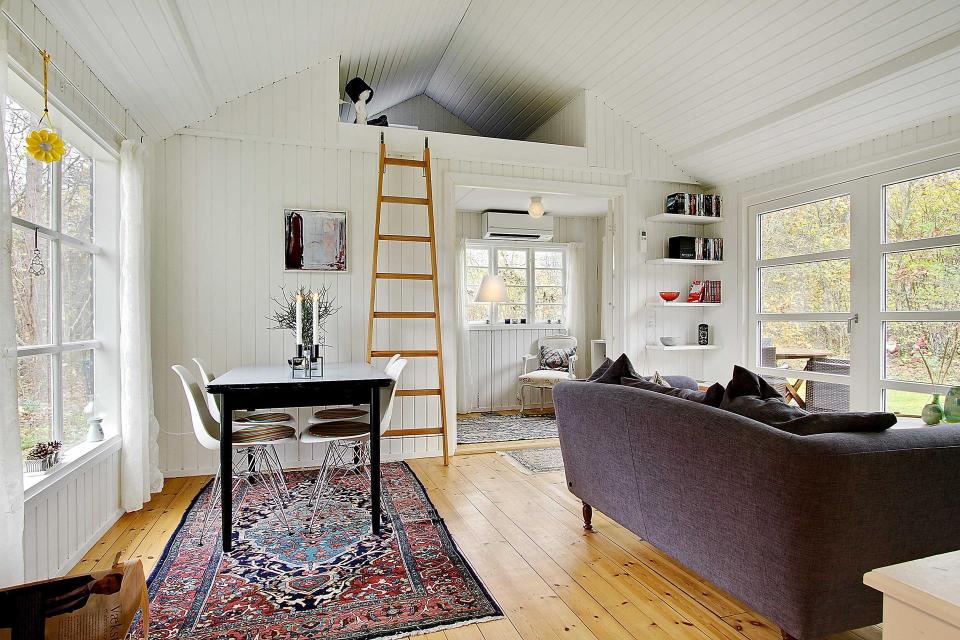 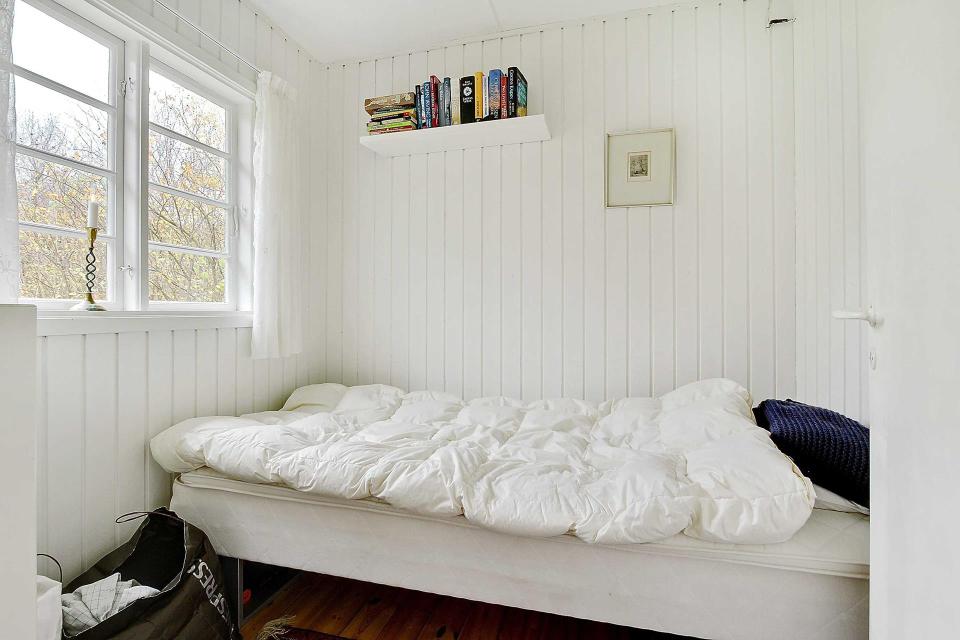 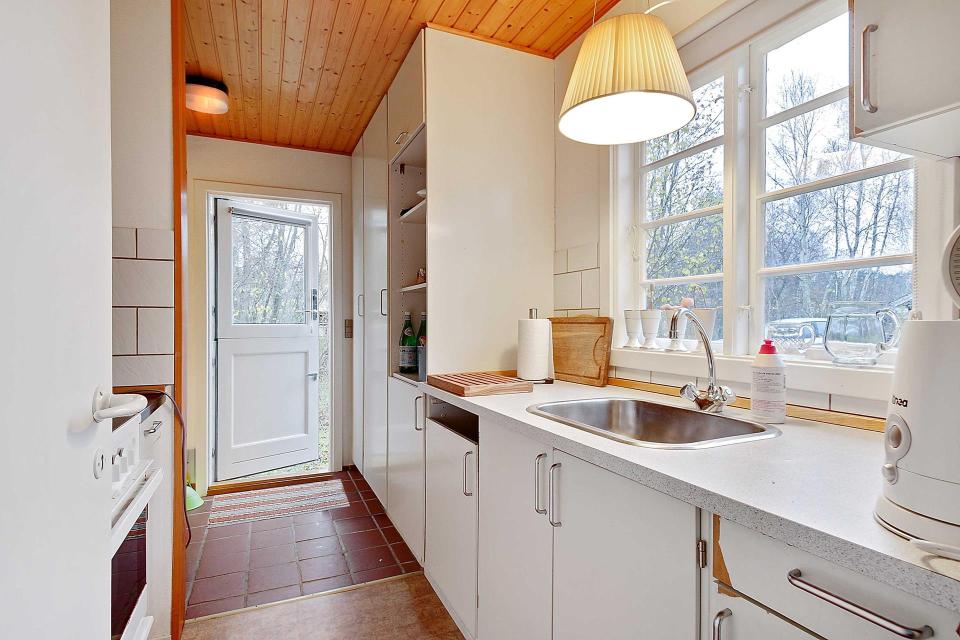 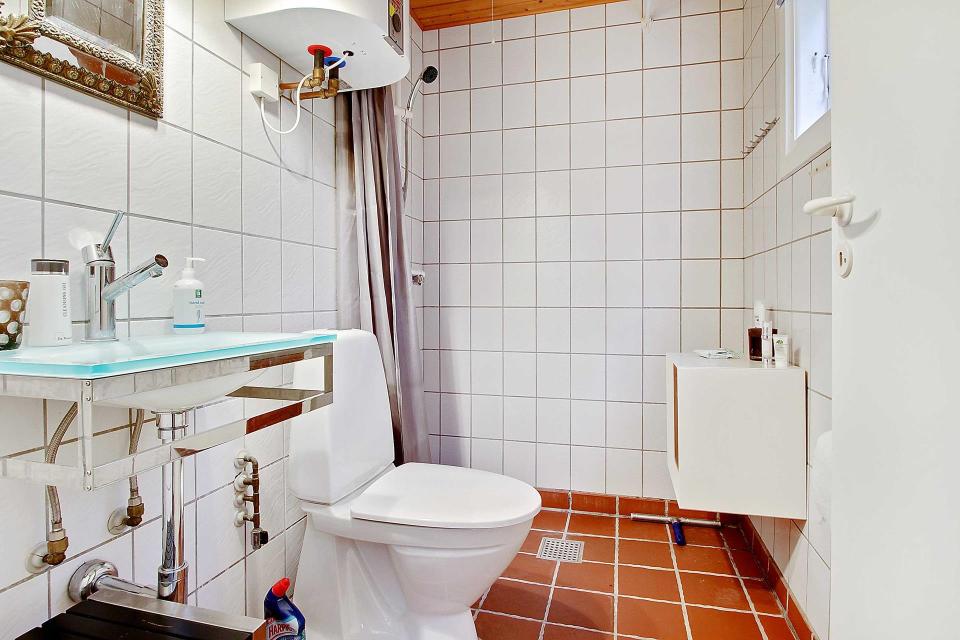 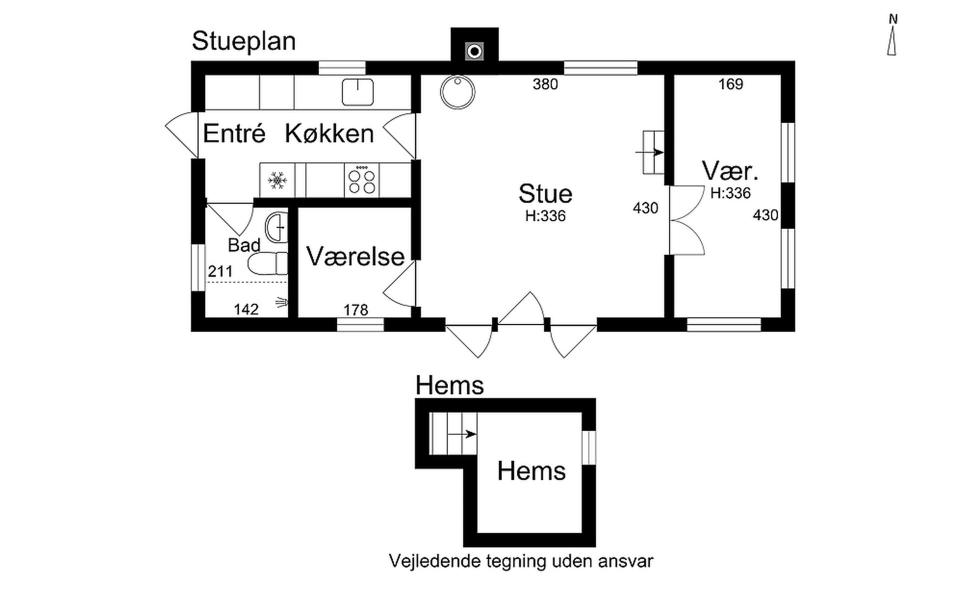